Over the past two years, my friends (you know who you are!) have listened to me as I tangled with, obsessed over, and written about the phenomenon of “blended reality” for two reports on innovative work in that area being done at Yale. I thought that some of my readers might be interested in learning about everything from the potential for using virtual reality to teach anatomy to medical students, to how acoustics can be used to test materials for 3D printing. So here is a slightly tweaked version of my introductory essay for this past year’s report; the link to the full document is in the final paragraph. 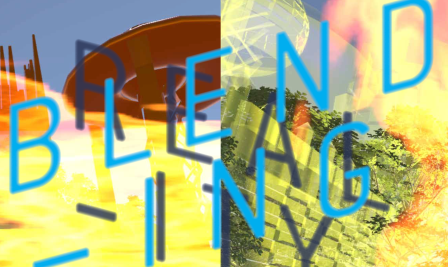 The introduction of the telephone in the 1870s was not greeted with universal enthusiasm; responses ranged from awe and excitement to confusion and terror. A disembodied voice emerging from a wire was spooky, and who knew whether actual ghosts might be lurking in the lines? There was concern that telephones might be dangerous, drawing lightning in thunderstorms, and zapping everyday users and innocent bystanders with electrical shocks. As late as 1933, a New Yorker article noted that people were intrigued by the ingeniousness of the devices but “no more thought of getting one of their own than the average man now thinks of getting on an airplane.”

And besides, what was the point of the contraption? A high-ranking official at Western Union, the telegraph company, declared the device “practically worthless,” and a 1907 New York Times essay warned that: “The general use of the telephone, instead of promoting civility and courtesy, is the means of the fast dying out of what little we have left.”

Nearly a century and a half later, we wrangle with similar concerns about our latest technological innovations. What is this thing? What can it do? What can it not do? What should we do with it? How might it change the ways we live, work, learn, and play? Will it enhance or detract from our lives?

During 2017–18, teams of students and faculty at Yale University applied these questions to mixed, or “blended” reality — applications and experience that explore the intersections of the physical and the virtual environments. The teams worked on projects that included integrating virtual reality technologies into the study of anatomy — both botanical and human; exploring the possible applications of immersive technologies to music-making; and rethinking the ways that bodies can function in virtual spaces.

As you will read in the following pages, most of the projects are, by design, in process. Blended reality is not simply a medium, but a field of ongoing and rapid transformation. What is learned from all the projects will offer valuable insights as we continue to embrace, refine, and challenge these technologies.

In the wake of the horrific happenings in Charlottesville, Virginia this weekend:

I often think that the more powerful counter protest — at least at certain moments — would be to deny an audience to white supremacists and their ilk.  Go inside. Close doors. Draw the curtains. Leave only one light on in the window as a sign of resistance. Let them march through totally empty streets, screaming only at each other. The confrontation and attention and violence are what they want. Don’t give it to them.

And then come together to build and nurture community after they are gone.

This was written in response to comments I’ve heard from some progressives who have said that they could conceive of voting for Trump because the chaos and misery caused by a Trump presidency might inspire more radical action for change.

The theory that allowing the most vulnerable people suffer is a good way to bring about progress conflicts with both historical reality and human decency. Expanding the right to vote and abolishing slavery (to reference examples of major social/political shifts accomplished by political activism) both took decades. Electing an egomaniacal real estate developer is not going to bring about “the revolution” — and, in the meantime, much progress will be lost, particularly by those who can least afford those losses.

To cite one example: Obamacare is not perfect, and not the solution that many progressives hoped and worked for (I include myself here), but a lot more people now have health insurance. Do we want to build on that, or see it destroyed in the naive hope that the destruction will cause the “rising of the masses”? But meanwhile — the most vulnerable will suffer.

Or can you imagine what will happen if Roe v. Wade is overturned by a Supreme Court packed with right-wing ideologues? As always, women with means will be able to access abortion care. But, while we wait for the masses to rise, poor women and young women will die. Or what will happen to voting rights, already gutted by this current Supreme Court, if we were saddled with a court even further to the right?

It is a luxury of those with some degree of privilege and/or security to wish for misery that will fall hardest on those least able to bear it.

Once again, the National Rifle Association can be heard chanting its cynical mantra as it demands the right to unfettered firearms access for even the sketchiest of our fellow residents: “Guns don’t kill people. People kill people.”

But today I had a revelation. The NRA has a point. Sort of. Guns do not kill people.

So I offer this compromise. Let those who feel the need or urge purchase as many firearms as they want. Let them stockpile and fondle arsenals; about 25 percent of gun owners possess five or more guns, with over five million Americans owning ten or more guns.

And then let’s regulate ammunition to the moon and back: background checks, purchase limitations, constraints on transfers, and so on.

After all, the Second Amendment, to which the NRA and its minions pledge absolute fealty, presents the right to “keep and bear arms.” It makes no mention of loading them.

I’m sure I’ll hear from the NRA any day now.

A couple of thoughts as the gun debates rage.

On the “logic” of “More guns will make us safer.”

If more guns are supposed to keep down violent crime, why does the U.S. have the world’s highest per capita rate of civilian gun ownership and, at the same time, the industrialized world’s highest per capita rate of homicides committed with firearms? According to the “more guns = better/safer” logic, if so many people have so many guns, shouldn’t we have a really really really low homicide rate?

On the notion that the Second Amendment is absolute.

Throughout our history, there have been legislative and judicial tweaks — during administrations of all parties — to rights guaranteed in the First Amendment.

The idea that the Second Amendment is inherently absolutely inviolable, not ever to be balanced with other considerations, is (1) absurd on its face; and (2) equally absurd if one equates gun ownership with “free speech” — since free speech has never been absolute because of the constant conversation about how to balance it against other rights.

© 2014-2020 | Rhea Hirshman
Unauthorized use and/or duplication of this website’s material without express and written permission from the author is prohibited. Excerpts and links may be used, provided that full and clear credit is given to Rhea Hirshman, with appropriate and specific direction to original content.